A few months ago, across the nation, not just in the centre of the universe here in Warwick, an election took place. This election was for us citizens to put in place a police commissioner into our local forces.

He or she was meant to be the link between the public and the Chief Constable of the force. Anyway the election happened which incidentally confused a lot of us because you could vote your first choice then your second. In this confusion the independent candidate, Mr Ron Ball eventually elected to the post here in Warwickshire.Nice guy, may or may not do a good job who knows, lets just see shall we.

Currently Mr Ball is banging away on his calculator trying to balance the books and somehow provide us with a better force. Currently there are approximately 850 police officers in our fair county. He of course wants to add more. Good on him you cheer. Hooray more coppers on the beat. But hold on there. He intends to recruit more “Specials” and PCO’s. These are not the same, especially the PCO’s. They can’t actually arrest anyone. So what’s the real point in employing powerless PCO’s? His energy and financial resources would be more wisely spent in ways to find out why more than 7% of the Warwickshire County Police Force are on long term sick leave. Yes, 7% on long term sick!

Imagine if the company that you own or work for had a long term sickness record like that. This is where his effort should be directed. A 50% improvement on long term sick would equate to about 30 officers back at work who could actually arrest criminals. 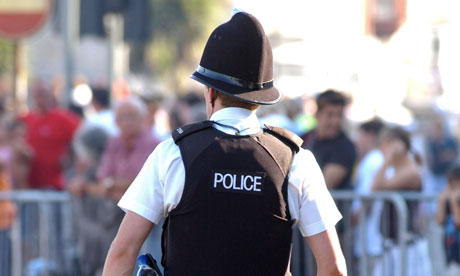 Finally, did you know that the rates of Warwickshire’s business’s provide’s 20% of the police budget?

When asked, Mr Ball couldn’t answer a question from a small business owner; “Do you feel that the business community get good value for their 20% contribution?” Mr Ball is still looking for his calculator before he can answer that one.

Since posting this article their has been a development. Now I understand why Mr Ball was having trouble with his finances.

I’ve been asked this a few times over the last 2 or 3 years. Why ask you is probably the thing that you’re asking yourself right now. Well, I assume they ask me because they knew that I’ve been self employed for about 28 years now and have continued to trade through 2 big recessions. One back in the ’80’s and of course the current one.
So to answer the question above this answer is, I don’t know. If I did, then I’d probably be the Chancellor of the Exchequer.
What I can share with you is this; to survive a financial armageddon like the current one, you need to get things right when times are good. Playing catch up is not a good position to be in. Trust me, I’ve been there. Remember that the Banks will give you an umbrella when it’s sunny but they’ll take it away when it’s raining.
When trade is good it’s hard to imagine that the things will go bad. When we’re busy dealing with all the things related to our customers and the money is rolling in things get overlooked. Keep an eye on all things financial on a very regular basis. Make it a habit.
These pointers below won’t make your business recession proof but I believe they will help you manage the recession. Try to be proactive not reactive.
Put your effort where it counts most.
The Burden of Debt
If you have “bad” debt such as credit cards, extended credit etc; deal with it as fast as possible. Their is nothing worse than the burden of debt. It will suck the life out of you. Remember though their are good debts such as a mortgage. It’s up to you to learn what your bad debts are.
Know Your Numbers
If you don’t fully understand your accounts then learn how to read & analyse them.
Work out what your break even point is on a day to day basis.
Protect your margins.
Remember Cashflow & Profit are not the same.
Be very aware of your costs. Be diligent about checking them. Drill them down as much as you can, it’s one of the easiest ways to protect your margin. When you’ve done this, go back and do it again.
Know Your Customers
Getting to know and understand your customers. Gather information where ever possible. If you have it use technology to do this then make sure you use it to target and keep new customers. It’s expensive to get new customers so keeping existing ones is imperative.
I personally expect to lose 12% of my existing customers every year. This will be through no fault of mine. Customers leave the area, change jobs, indifference and even sometimes they die on you. Always be thinking about gaining new clients.
Look, I know these things may seem obvious but believe me, the obvious is often over looked.
By Paul Evans | Categories Uncategorized